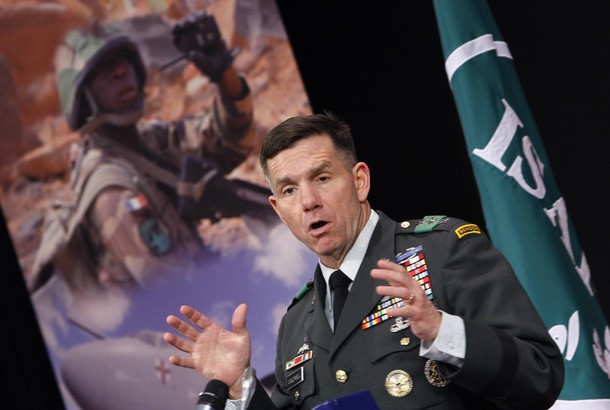 From Patrick Markey, Reuters:  NATO training chief Lieutenant General William Caldwell said his mission was short of 900 instructors, mostly in the police, but also to train Afghans to become independent of NATO in areas such as logistics, maintenance, transport and medical services.

"We do have a trainer shortfall, we don’t have enough specialty trainers to do what we need to do to continue with the professionalisation of the police, the army and the air force," Caldwell told reporters. ..

Trainers say of the 900 necessary positions, at least 440 are critical between now and June to ensure training advances, including posts for the national civil order police, aviation trainers, pilots, doctors and army communication specialists.

Caldwell said NATO was covering some shortages by sending Afghan troops for instruction outside Afghanistan, including recently to United Arab Emirates to train nearly 300 officers with French troops and soon to Turkey for police training.

"We are willing to explore training opportunities outside of Afghanistan on a short-term basis with the understanding that we would always rather build the capacity and capability inside Afghanistan," he said.  (photo: Reuters)