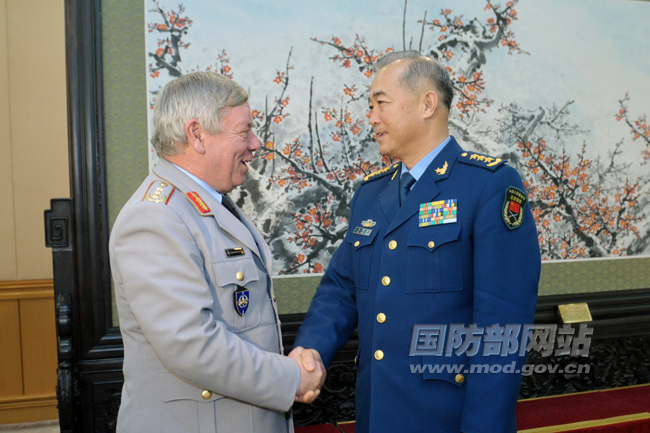 From NATO:  LtGen Jürgen Bornemann, the Director General of the International Military Staff (IMS) paid an official visit to China from 13 to 15 February, on invitation by the Chinese Military Authorities.

LtGen Bornemann and his delegation met with MGen Qian Lihua, the Chief of the Foreign Affairs Office of the Ministry of National Defence (FAO MND), and Gen Ma Xiaotian, Deputy Chief of the General Staff of the Chinese People’s Liberation Army.

LtGen  Bornemann had the opportunity  to deliver a key note speech to senior scholars and Foreign Affairs experts at the National Defense University, followed by a substantive exchange of views with the audience.

To demonstrate the capabilities of the Chinese Armed Forces, the NATO delegation was also invited to visit the 3rd Guard Division of the Beijing Military Garrison.

The programme was rounded off by a meeting with MGen Guo Jingzhou, Commander of the Shan’xi Provincial Military Region. Main topics of discussions, held in a very friendly, open and frank atmosphere, were NATO-China military cooperation, reform of the Chinese Armed Forces, NATO Reform, NATO Operations as well as the situation in the Asia-Pacific Region. At the end of the talks, both sides agreed to deepen cooperation in a number of fields, in particular in the areas of Counter Piracy and Training & Education. Finally, it was agreed to hold annual military staff talks between IMS and FAO MND. In this context, LtGen Bornemann invited MGen Qian to visit NATO Headquarters early next year.  (photo: chnarmy.com)