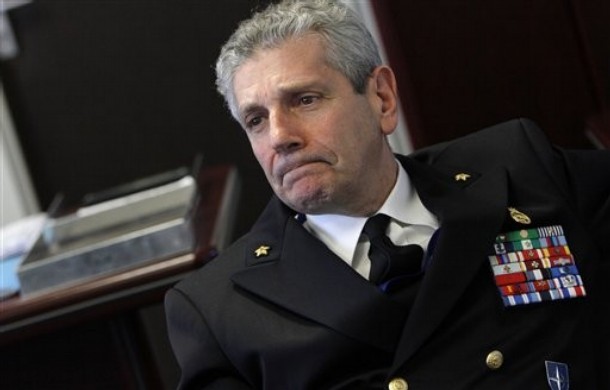 From Daniel Michaels and Charlse Duxbury, the Wall Street Journal:  Adm. Giampaolo Di Paola, chairman of the NATO Military Council and the alliance’s most senior military official, said the NATO operation, dubbed Unified Protectorate, entails enforcing an arms-embargo and no-fly zone and protecting civilians , as set out by the U.N. resolution.

"NATO is not in Libya to decide the future of the Libyan people," he told a news briefing in Brussels. "We are helping enforce the will of the international community. …"

Adm. Di Paola said that NATO is running operations based partly on intelligence supplied by alliance members and isn’t itself in contact with any rebels. "We are not coordinating operations with anyone" outside the alliance and its partners, he said.

He said that if allies are gathering information using intelligence officials on the ground in Libya, "it’s not for us to question the source."