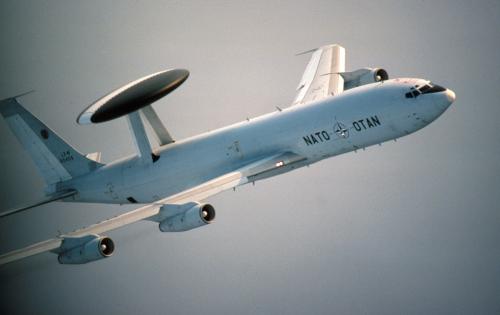 From Jorge Benitez, Christian Science Monitor:  For the second time in five months, Turkey has turned to NATO for support in the face of Syrian attacks that have killed Turkish citizens. Unfortunately, the transatlantic alliance has responded both times with words rather than deeds. . . .

NATO needs to offer Turkey more than repeated promises to follow the crisis “closely and with great concern.” As my colleague and former US Ambassador to Turkey Ross Wilson suggests, “NATO needs to pick up its game. . . .”

[T]he transatlantic alliance has successfully overcome crises without invoking Article 5. This is because NATO members have many options to support and reinforce one another without having to turn to the mutual defense clause. These options should be considered now.

For example, before the US-led coalition invaded Saddam Hussein’s Iraq in 2003, Turkey requested a meeting with its allies, under Article 4 of the NATO treaty, to discuss how the alliance could help Turkey deter an attack from Iraq. Article 4 allows any member to request consultation when, in the opinion of any of them, their territorial integrity, political independence, or security is threatened. After what NATO politely described as an “intense debate,” the alliance approved Operation Display Deterrence which deployed “precautionary defensive measures to ensure Turkey’s security.”

These measures included sending four AWACS radar aircraft and five Patriot air defense batteries, as well as equipment for chemical and biological defense. Over all, NATO members deployed more than 1,000 “technically advanced and highly capable forces” to support Turkey during the Iraq conflict. . . .

Turkey has suffered multiple attacks and loss of life from Syria. Prime Minister Recep Tayyip Erdoğan has responded to this crisis with great patience and moderation, but diplomatic sources have made it clear that Turkey is tired of bearing so much of this burden all alone.

It is time for NATO to send proportional support to Turkey during its hour of need. Reinforcing this embattled ally with a small number of AWACS radar aircraft and/or units from the NATO rapid reaction force will strengthen Ankara militarily and politically.

It will also send a powerful message to the Assad regime in Syria and its allies to prevent any further attacks against Turkey. By acting now, NATO can help de-escalate the confrontation along the Turkish-Syrian border and decrease the possibility of Turkey intervening unilaterally in Syria.

Dr. Benitez is director of NATOSource and a senior fellow at the Atlantic Council.   (photo: NATO)