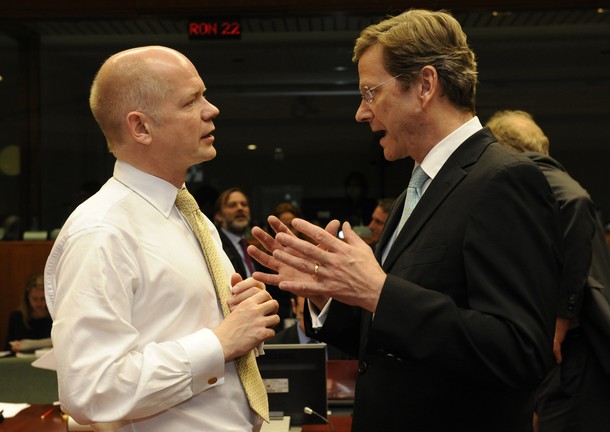 From Slobodan Lekic, the AP:  NATO’s European members said Monday they hope the unprecedented leak of 91,000 classified U.S. military records on Afghanistan will not negatively affect the current war effort.

British Foreign Secretary William Hague said there has been significant progress recently in building up the Afghan state "so I hope any such leaks will not poison that atmosphere."

"We are working hard with our allies on improving security on the ground and increasing … the capacity of the Afghan government, so we are not going to spend our time looking at leaks," he told reporters before a European Union meeting Monday. …

On Sunday, the online whistle-blower WikiLeaks posted some 90,000 leaked U.S. military records of six years of the war, including unreported incidents of Afghan civilian killings and covert operations against Taliban figures.

German Foreign Minister Guido Westerwelle warned about possible "backlashes" and urged all sides in Afghanistan to work toward national reconciliation.

"We have to avoid absolutely any kind of civilian casualties," Italy’s Foreign minister Franco Frattini said in response to a question about the unreported civilian deaths.  (photo: Getty)