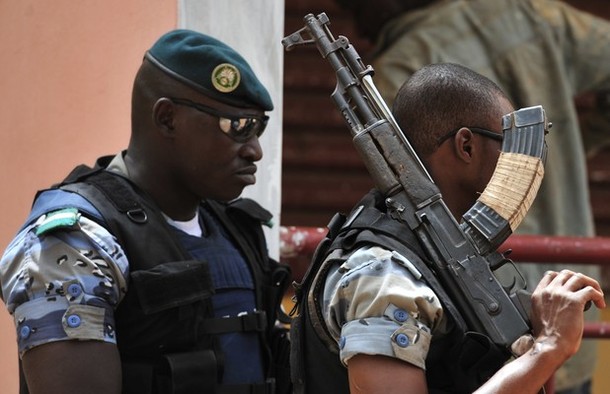 From the Editors of the Washington Post:  The United States and its NATO allies took a big risk in Libya last year — not by supporting the rebellion against dictator Moammar Gaddafi but by doing little to help the victorious rebels with security after the war. Libya is now struggling to hold itself together as its various tribes and militia factions resist central authority; meanwhile, former Gaddafi fighters and weapons are spilling into neighboring countries.

The most severe trouble has erupted not in Libya but in neighboring Mali, a poor desert nation that had sustained a fragile democracy for more than two decades. Ethnic Tuareg fighters, many of whom were employed as mercenaries by the Gaddafi regime, streamed back across the border this year with abundant supplies of weapons. Sweeping across northern Mali, they have taken several large towns, including Timbuktu, and have declared their own republic — in effect partitioning the country. . . .

France, which led the NATO intervention in Libya and employed its troops to defend democracy in Ivory Coast last year, appears ready to assist the possible intervention, at least logistically. Paris, as well as its NATO partners, should perceive a moral obligation, as well as a tangible national security interest, in restoring Mali’s previous order. The West should not allow its intervention in Libya to lead to the destruction of democracy — and entrenchment of Islamic militants — in a neighboring state.  (photo: Getty)