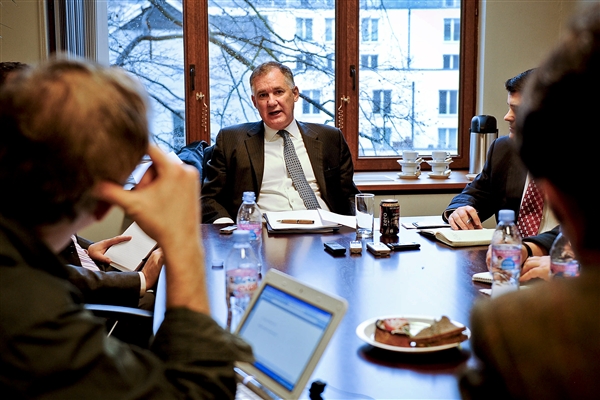 From AFP:  NATO’s military networks are not fully protected against cyber threats and the alliance must make good on a pledge to erect a virtual wall by 2012, a top US defence official said Tuesday.

US Deputy Defence Secretary William Lynn warned at the end of a two-day visit to Brussels that the cyber threat was "maturing" from an espionage and disruption tool to a destructive force against vital infrastructure.

"I think the discussion for NATO at this point, the threshold step is we need to be able to protect our own military networks, and frankly we’re not there yet," Lynn told journalists after meetings with European Union and NATO officials as well as the private sector. …

"The cyber threat is still maturing, I don’t think we’re at the final stage of what that threat might look like," Lynn said.  (photo: Master Sgt. Jerry Morrison/DoD)