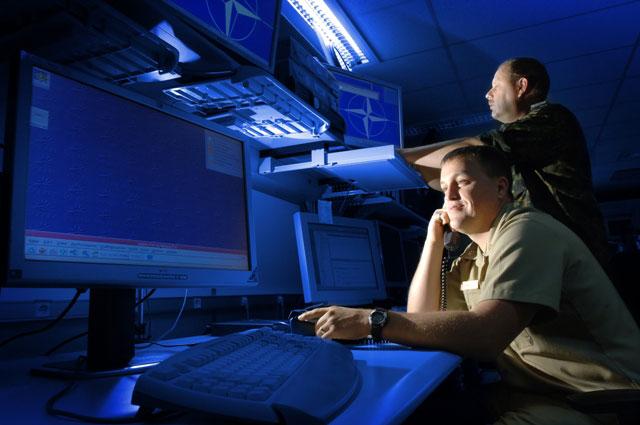 From the Eurasia Review:  Some 200 senior NATO officials and commanders will meet in The Hague, Netherlands, on 15 July, to announce the next steps in a radical overhaul of the way orders, intelligence and battle reports are shared between Alliance and coalition forces in Afghanistan.

Dubbed the Afghan Mission Network, the project will see a fundamental change in the way the NATO Allies, ISAF forces and US coalition troop share critical information. …

“Up until now commanders have had to fight a war with three or four different computers and networks on their desks, with different information coming in on each one,” said General Leonardo Di Marco, SHAPE Deputy Chief of Staff Support, “For forces deployed in Afghanistan that will now be history. …"

Full operational capability is due in July 2011.  (photo: SHAPE)