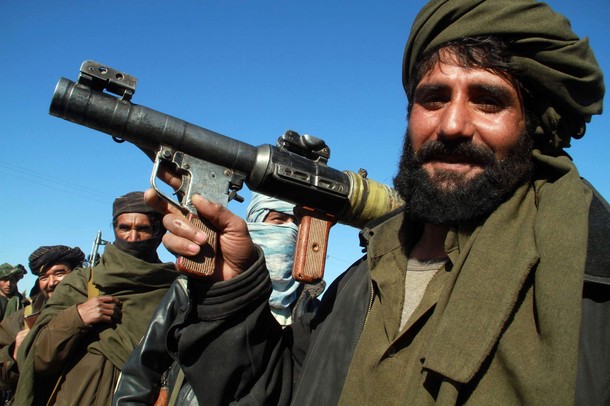 From Rod Nordland and Declan Walsh, the New York Times:  A spokesman for the NATO-led coalition on Wednesday confirmed the existence of a report that summarizes the views of Taliban detainees, who claim that they are winning the war thanks to cooperation from some Afghan government officials and soldiers and who say their movement is controlled by Pakistan’s intelligence service.

But the official, Lt. Col. Jimmie E. Cummings of the International Security Assistance Force, disputed accounts of the NATO report that suggested the alliance’s analysts accepted the Taliban views as valid.

“This document aggregates the comments of Taliban detainees in a captive environment without considering the validity of or motivation behind their reflections,” Colonel Cummings said, in an unusually detailed rebuttal of accounts of the classified report’s contents. “Any conclusions drawn from this would be questionable at best. . . .”

The report, called the State of the Taliban, was obtained by the BBC and The Times of London, which published accounts late Tuesday. The BBC said it was based on 27,000 interrogations of 4,000 Taliban prisoners.

NATO at first refused to comment, saying it never responded to leaks of classified information. Later, however, Colonel Cummings issued a lengthy rebuttal of news accounts of the report.

The claims about support for the Taliban from the Inter-Services Intelligence Directorate, or ISI, Pakistan’s spy agency, are not new, although the BBC said the report claimed the insurgents’ leaders had met regularly with Pakistani agents to discuss their strategy and are under their control. . . .

NATO’s response indicated it was more concerned at suggestions that Afghan officials and soldiers were demoralized and expected a Taliban victory once coalition troops pull out than about the claims of Pakistani collaboration.

“It is important not to draw conclusions based on Taliban comments or musings,” Colonel Cummings said. “These detainees include some of the most motivated and ruthless of the insurgents who are inspired to play up their success. It is what they want us to believe they think. . . .”

Even non-NATO analysts cautioned against relying on detainee interrogations. “Detainees are liable to exaggerate things, either to reduce their own culpability or play up the Taliban’s strength,” said Alex Strick van Linschoten, a researcher based in Kandahar who is emerging as a leading expert on the group.  (photo: Reuters)