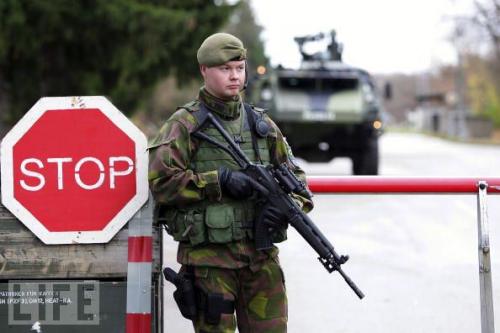 From the Christian Science Monitor:  NATO reform can’t come fast enough. European leaders must step up and persuade the public of the importance of the Afghan mission and the threat of Al Qaeda…

European leaders are not given the tools to lead public opinion.

This is because the entire counter-terrorism mission is treated almost exclusively as a law enforcement issue in Europe, falling under the purview of national justice and interior ministries which are only loosely coordinated by the European Union and completely disconnected form NATO. This inefficient separation means that the leaders of Europe are prevented from comprehending the connection between operations in Afghanistan and the security of European cities.

This is why most Europeans have no understanding of the greater strategic threat and why they are unaware of the direct danger that al Qaeda poses to Europe and its interests.

NATO has not done an overall threat assessment of the destabilizing effect extremists are having on Pakistan, India, and Central Asia, and how that instability threatens European security and European interests. This is despite the fact that Al Qaeda and likeminded extremist organizations have used their extensive networks to strike at the heart of major European cities. (photo: AFP/Getty)