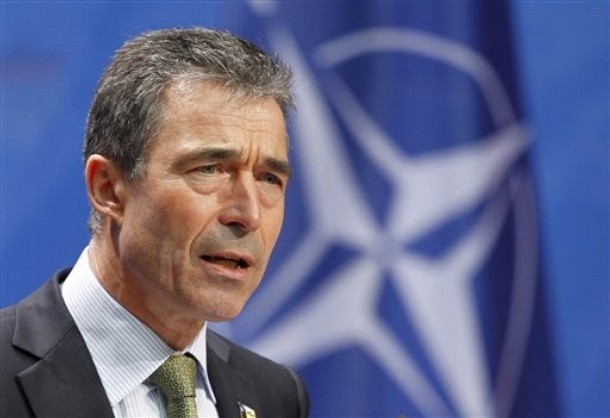 From Anders Fogh Rasmussen, NATO:  I strongly condemn the statement attributed to Colonel Qadhafi threatening Italy. I reject any threat against Italy or any other Ally. NATO Allies and partners will stand together and will continue to carry out their mission to implement UN Security Council Resolution 1973.

The Qadhafi regime continues to cause widespread suffering through its attacks on the Libyan population. Quite simply, this must stop. NATO remains firm – we will continue our operation until the threat to the civilian population of Libya is removed.

Statement by the Secretary General on Gaddafi threat toward Italy.  (photo: AP)