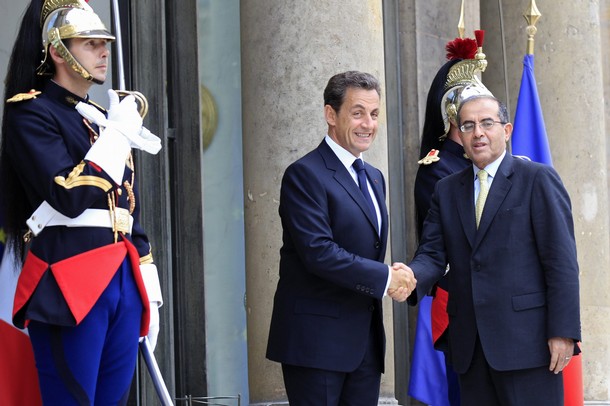 From Nick Hopkins, the Guardian:  Nato was today urgently reviewing the conduct of its military campaign in Libya after France admitted arming rebel fighters in apparent defiance of the UN mandate.

The revelation surprised officials in Nato’s headquarters in Brussels and raised awkward questions about whether the French had broken international law – UN resolution 1973 specifically allows Nato nations to protect civilians in Libya, but appears to stop short of permitting the provision of weapons.

Nato has consistently said it would not provide arms to rebel commanders, saying it was beyond its remit. But that pledge came under scrutiny after military chiefs in Paris confirmed that French planes had dropped machine guns, rocket propelled grenades and anti-tank missiles to rebels in the western Nafusa mountains. . . .

This was confirmed by the armed forces spokesman Thierry Burkhard. He said the French had initially provided humanitarian aid including water, food and medical supplies to civilians in the region who were under seige from regime forces. . . .

France’s admission highlights tensions within Nato over the conduct of the campaign, and will raise new questions over whether the coalition should be doing more to hasten Gaddafi’s downfall. . . .

The Italian foreign minister Franco Frattini has previously claimed that the UN resolution should not prohibit providing weapons to the rebels, saying this could be "morally justified."

In a further sign of growing frustration, the Dutch defence minister Hans Hillen today criticised the Nato campaign, saying those allies who had thought bombing would force Muammar Gaddafi to step down "naive". He also insisted that Nato’s mission should be confined to its mandate to protect civilians.

"If it changes into driving out a dictator, then the question is whether Nato should accept this as a new task. Libya is too big and all the military goals too big. The solution should be a political solution."  (photo: Reuters)