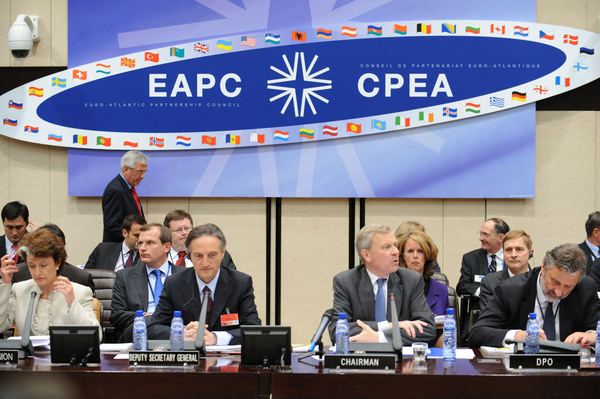 Countries in the third category are countries with which dialogue and contact are maintained. In 1994, NATO launched the NATO-Mediterranean Dialogue Initiative. The essential goals of this initiative are encouraging dialogue with countries in the Mediterranean basin, including Mauritania, Morocco, Algeria, Tunisia, Egypt, Israel and Jordan, isolating hostility and misunderstanding, developing common understanding and contributing to reforms in the areas of good governance. …

In the new world order that emerged following the collapse of the Soviet Union, ensuring European-Atlantic security has become much more difficult and complex. The terrorist attack carried out against the United States on Sept. 11, 2001 caused many, especially the U.S., to reevaluate the alliance. These new threats have given added credence to the idea that no one country, including the U.S., or the alliance, can deal with all of them and that comprehensive cooperation with states outside the alliance is essential.

NATO enlargement policies not only reunite a fragmented Europe that won its independence after the collapse of the Soviet Union and strengthen European security, but also create an environment of joint action against the threats listed above by encouraging partnerships, cooperation and dialogue in the areas of comprehensive peace and security with countries outside of Europe.

Vahit Erdem, member of the Turkish Parliament, serves as the Turkish Group Chairman of the NATO Parliamentary Assembly. The original version of this article was published in the Spring 2010 issue of Turkish Policy Quarterly.  (photo: NATO)