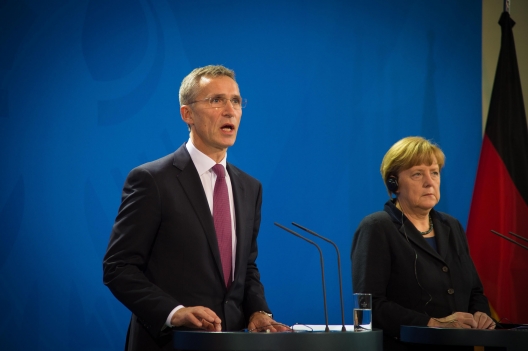 NATO Secretary-General Jens Stoltenberg told reporters in Berlin the interim force is made up of troops from Germany, Norway, the Netherlands and “some others.” NATO said it had several thousand troops and could be deployed in a matter of days if needed.