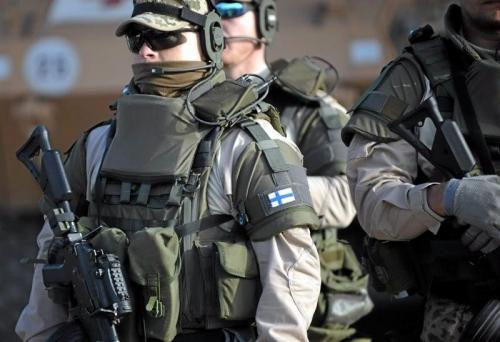 When the Soviet Union and the Warsaw Pact collapsed, five European states – Austria, Sweden, Finland, Ireland and Switzerland – decided, each for their own reasons, to remain “neutral.” They nonetheless could not avoid questions about the place they should take in a new post-Cold War international system, including their relationship to NATO. . . . Membership in the EU of all five except Switzerland has strongly influenced their choices. The EU agreement to develop a common security and defence policy (CSDP) following the 1998 Franco-British St-Malo summit perhaps mitigated the view that the former neutrals were free-riding on the NATO’s security guarantee. Active participation in development of the CSDP provided more focus and some rationale for the defence efforts made by these countries.

To some, the CSDP provided a preferable framework for their defence efforts. The Austrian Foreign Ministry still describes Austria’s partnership with NATO as a logical consequence of its EU membership. The argument is that Austria’s participation in PfP is crucial for its full involvement in the military aspects of the European Security and Defence Policy (ESDP) as there is an overlap of 21 countries in the two areas.

Sweden could be seen as the most enthusiastic contributor to NATO missions, and possibly the one that has edged closest to actually joining. The perception that an unreformed Russia presented a growing threat combined with a feeling that the EU’s CSDP might be insufficient security insurance could yet instigate a Swedish application to join.

Finland might be seen as the next “most likely to join,” if only because the general view in the region is that should Sweden decide to apply for membership, a Finnish application would not be far behind. The same two external factors influencing Sweden – concerns about Russia and EU insufficiency – would weigh heavily on Finland’s decisions.

The relevance of Ireland’s troubled relationship with the UK has diminished over time, particularly following the 1998 Northern Ireland settlement. But nothing suggests NATO membership has become more likely. There is a residue of nationalist sentiment in Irish politics that still resists closer NATO ties and even enhanced military cooperation in the EU. Ireland, however, has remained an active partner in spite of this and its recent financial crisis.

Unlike Ireland, no strong historical enmity has kept Austria out of the Alliance. The main Austrian political parties are split on the question, with the Social Democrats (SPÖ) against and the Christian Democrats (ÖVP) more favorably inclined. The fact that Austrian neutrality had strong roots in Cold War confrontation would suggest the logic of abandoning the status. However, the late Social Democratic Chancellor Bruno Kreisky (1970-1983) elevated Austria’s neutral status to the point where neutrality became a mythical part of the Austrian identity. That “myth” persists in 2013.

Switzerland is perhaps the furthest away from seriously considering joining NATO. Its neutrality was chosen, not imposed, when granted by the Congress of Vienna in 1815. This status has given the Swiss Confederation a special role in international relations that the Swiss will not likely abandon under most foreseeable circumstances.

When the United States complains about inadequate burdensharing, these countries escape guilty status and can even point proudly to their voluntary contributions to NATO missions. Levels of defence spending in these countries are certainly no more impressive than those of many European NATO members. But their contributions are seen as a “plus,” made by free will and well-appreciated.

Stanley R. Sloan is a visiting scholar at Middlebury College and author of ‘Permanent Alliance? NATO and the Transatlantic Bargain from Truman to Obama’ (Continuum, 2010).

Image: "Partnership with NATO can be seen as a successful hedging strategy" (photo: NATO)