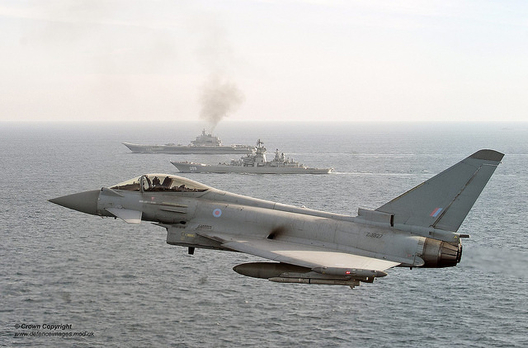 Trump believes in peace through strength. But to have peace requires not just military strength. As Trump said in Warsaw, “Our defense is not just a commitment of money, it is a commitment of will.” President Ronald Reagan used the military far less than any of those who succeeded him in office not just because he rebuilt America’s military strength but also because America’s adversaries did not doubt his willingness to use it….

There is a reason Putin despises the NATO alliance so much — and has fought to prevent further integration of the countries of Eastern Europe into it. He knows he may be able to bully his unallied neighbors, but he can’t bully a NATO ally — because that ally is backed up by 28 others, bonded by a mutual commitment to each other’s security and led by an American president who, while seeking friendship with all, is unafraid to flex U.S. military muscle.

That is why Putin opposed the admission of Montenegro into the NATO alliance, reportedly even backing a plot to assassinate Montenegro’s prime minister in an effort to stop it. That is why Putin wants Trump to fail in his effort to get the NATO allies to meet their commitments and spend 2 percent of gross domestic product on defense. He understands that a weak NATO cannot deter him but a strong NATO can.

As Trump said in Warsaw, “As long as we know our history, we will know how to build our future. Americans know that a strong alliance of free, sovereign and independent nations is the best defense for our freedoms and for our interests.” The whole point of NATO is not to defend Montenegro; it is to make sure we never have to defend Monte­negro — or Warsaw, or Paris, or London again.

Marc Thiessen writes a twice-weekly column for The Post on foreign and domestic policy and contributes to the PostPartisan blog. He is a fellow at the American Enterprise Institute, and the former chief speechwriter for President George W. Bush.