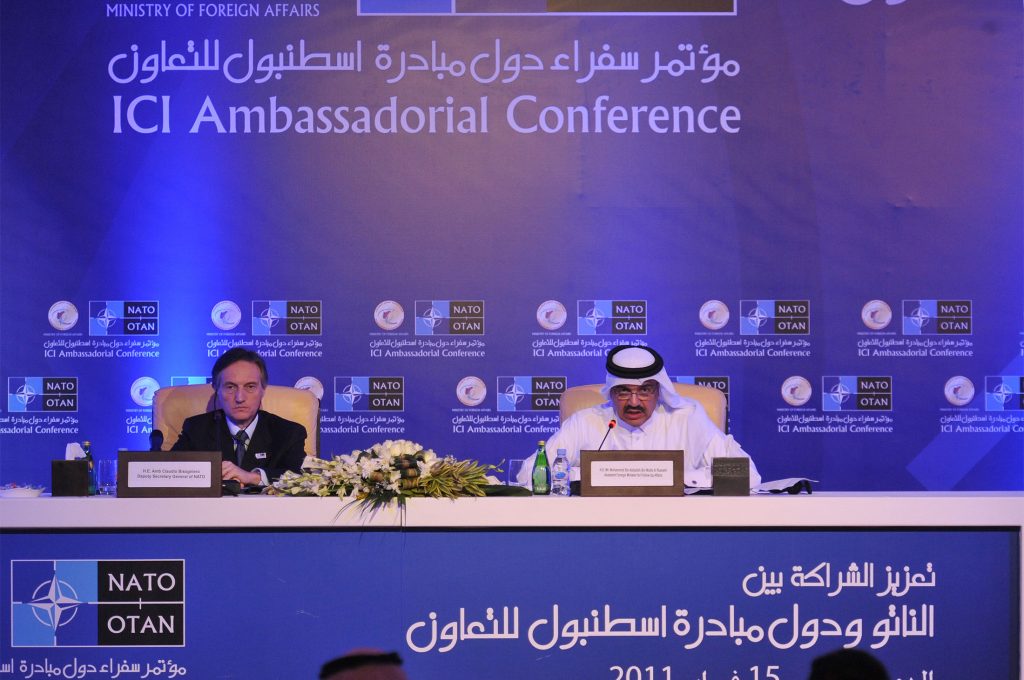 A NATO statement said discussions centered on the political dialogue and practical cooperation activities, which exist in the context of the Istanbul Cooperation Initiative (ICI).

"Saudi Arabia is a key player in the region and NATO would welcome the opportunity to engage the Kingdom’s government as a partner in the Istanbul Cooperation Initiative, ICI," said Rasmussen.

"ICI and the other partnership with countries in the region the Mediterranean Dialogue, are complementary and yet distinct NATO partnership frameworks," he noted.

"For NATO, the security of its partners in the Gulf is a key strategic interest to the Alliance," he stressed.  (photo: NATO)