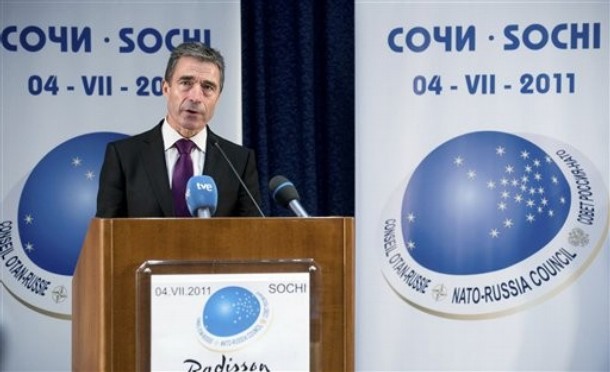 In fact, we have already agreed in the NATO-Russia Founding Act that we will refrain from the threat or use of force against each other.

So, we have already issued a mutual guarantee. But the very best guarantee for Russia comes from being part of the process. From being fully involved. And from being connected to the system.

A cooperative approach is the only reasonable way forward. It will enhance transparency. It will create greater trust and confidence. It will improve security.

Unfortunately, I have seen public pronouncements that Russia might consider spending billions of roubles on a new offensive system to target the West. Let me put it bluntly:

This type of statement is unnecessary. Because Russia is not threatened from the West.

This type of investment is a waste of money. Because the money is better spent on economic development, on modernisation, and on job creation.

And this type of thinking needs to be consigned to the past. Because today, we stand at the dawn of a new era.

Excerpt from "Russia and NATO: so much to gain," by NATO Secretary General Anders Fogh Rasmussen at the Kuznetsov Naval Academy in St. Petersburg.  (photo: AP)