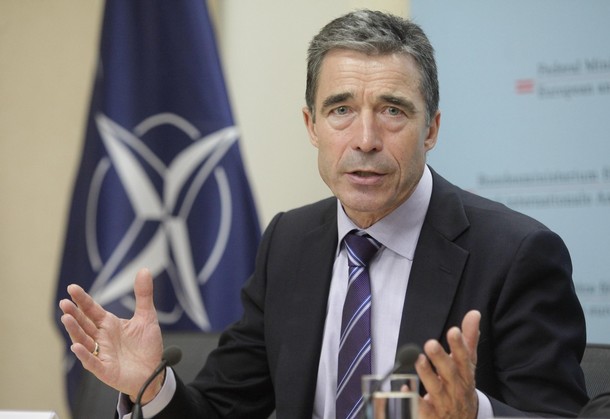 From Andrew Rettman, the EUobserver:  Nato head Anders Fogh Rasmussen has said there will be no military intervention in Syria despite similar levels of government-sponsored violence as in Libya.

Speaking in Vienna on Thursday (30 June) after a meeting with foreign minister Michael Spindelegger, the Nato chief told press: "We do not foresee any intervention in Syria. In Libya, we are working on the basis of a UN mandate with the support of countries in the region. The conditions on Syria are not similar. . . ."

UK foreign minister William Hague in the British parliament on Wednesday spoke of Lybia and Syria in the same breath as two regimes guilty of brutalities which threaten to destabilise neighbouring states.

"We can stand up against repression and violence, which we have seen taken to extremes in Libya and Syria," he said.

But he noted that a Franco-British draft UN Security Council (UNSC) resolution on Syria, which condemns violence but is far softer than UNSC 1973 authorising military strikes in Libya, does not have enough backing to be put to a vote.  (photo: Reuters)