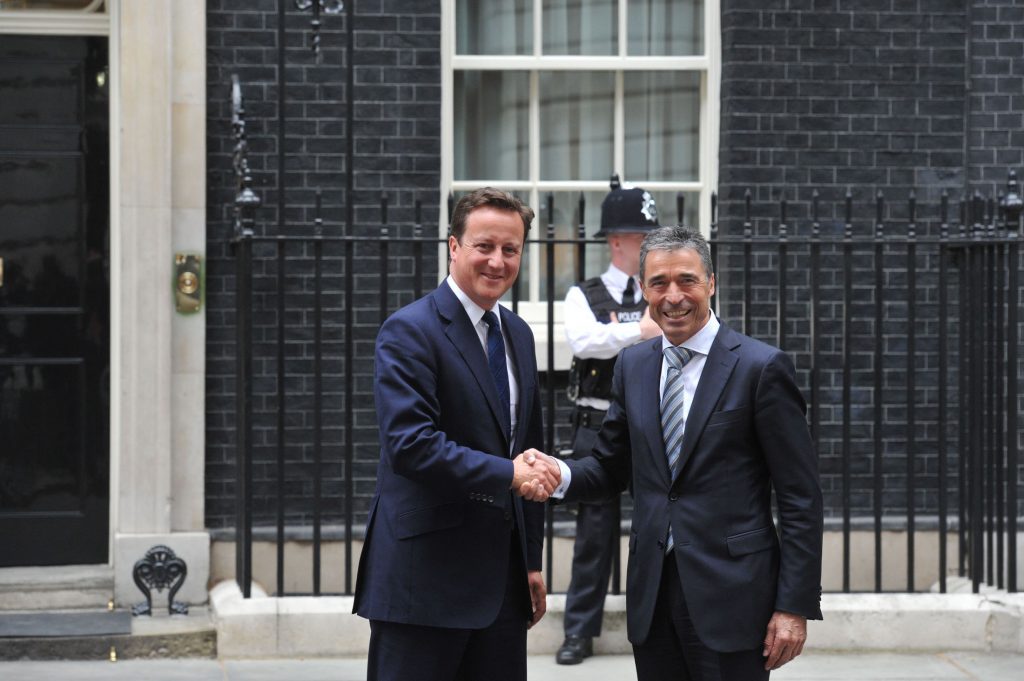 The Secretary General thanked Prime Minister Cameron for Britain’s significant contribution to NATO-led operations, notably the courage and sacrifice shown by British service personnel in Afghanistan and the dedication of the air force and naval personnel serving on Operation Unified Protector, tasked to protect civilians in Libya.

The Secretary General and Prime Minister Cameron discussed progress in fulfilling the United Nations mandate in Libya. They agreed that NATO was making steady and significant progress, that the Alliance and its partners are saving thousands of lives and remain fully committed to keep up the pressure for as long as it takes.

"NATO is more needed and wanted than ever, from Afghanistan to Kosovo, from the coast of Somalia to Libya. We are busier than ever before."

The Secretary General also made a speech at the  Royal United Services Institute, arguing that missile defence is a vital capability for the Alliance, reinforcing transatlantic solidarity and providing an opportunity for closer cooperation with Russia.  (photo: NATO)