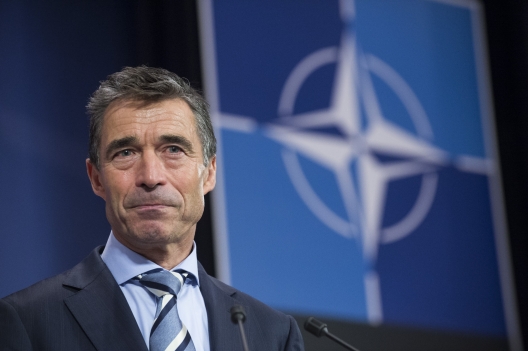 Europe must urgently face up to its responsibilities in defence, or face a security crisis on its borders and international marginalisation, according to Anders Fogh Rasmussen, secretary general of Nato.

In an interview with the Financial Times on the eve of the European Union’s first summit to discuss defence in five years, the Nato chief warned that Europe had become “introverted” and “preoccupied” by its own internal economic crises. . . .

“A lot is at stake . . .  [Europe] has instability and insecurity in its near neighbourhood – in North Africa, in the Middle East . . . these regions are becoming breeding grounds for terrorists, for arms trafficking . . . drugs trafficking . . . human trafficking.”

“If the current trend continues,” Mr Rasmussen warned, “then soon Europe will not be able to participate in international crisis management.”

“The vacuum will be filled by other powers that invest more in defence and security,” he said, in a nod to the growing influence on Europe’s borders of global actors such as Russia and China, and of regional powers such as Saudi Arabia.

Mr Rasmussen’s words are aimed at heads of government, including the bloc’s leading military powers France and the UK, due to meet in Brussels on Thursday. The Nato chief has been invited to address the summit – a first – in a calculated attempt by Herman Van Rompuy, EU president, to push defence squarely to the forefront. . . .

“We know from recent operations that our European allies lack critical capability,” said Mr Rasmussen who has been Nato secretary general since 2009, and is due to step down next year.