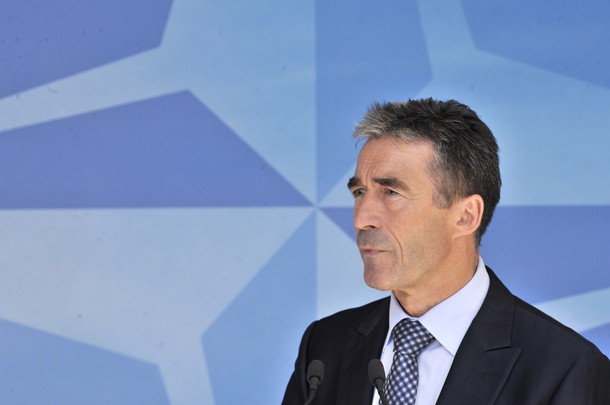 From Interfax-Ukraine:  NATO Secretary General Anders Fogh Rasmussen has expressed the hope that Ukraine’s leadership will settle the issue of the politically motivated prosecution of former Prime Minister Yulia Tymoshenko and former Interior Minister Yuriy Lutsenko as soon as possible in order to remove these obstacles in further cooperation with the alliance. . . .

"I think there is potential for further cooperation. But having said that there is also one major issue of concern. And that is what we consider politically motivated prosecution of opposition leaders in Ukraine," he said.

When asked whether this was a reason why NATO postponed the visit of North Atlantic Council to Ukraine, which could take place this summer, Rasmussen said that they did conduct an overall assessment on the current situation

"There is no reason to hide that the Tymoshenko and Lutsenko cases and others are a matter of concern. And a mutual commitment to the rule of law and respect for human rights are also a part of our distinctive partnership. And for that reason I see these cases as a major stumbling block in our relationship, and I urged the political leadership of Ukraine to get this issue resolved as soon as possible," he said.

When asked what will be a clear indication that the Ukraine-NATO relations can come back on the track and when the visit of North Atlantic Council will take place, Rasmussen noted that there were many things to be taken into account, including the very busy schedule of NATO officials.

"But ultimately let me be very frank about it. I think the release of Tymoshenko would of course be an important element, but in general I think Ukraine’s clear commitment to reforms of the judicial system and the legal system in Ukraine is a very important element in the further development of this distinctive partnership," he said.  (photo:  Getty)