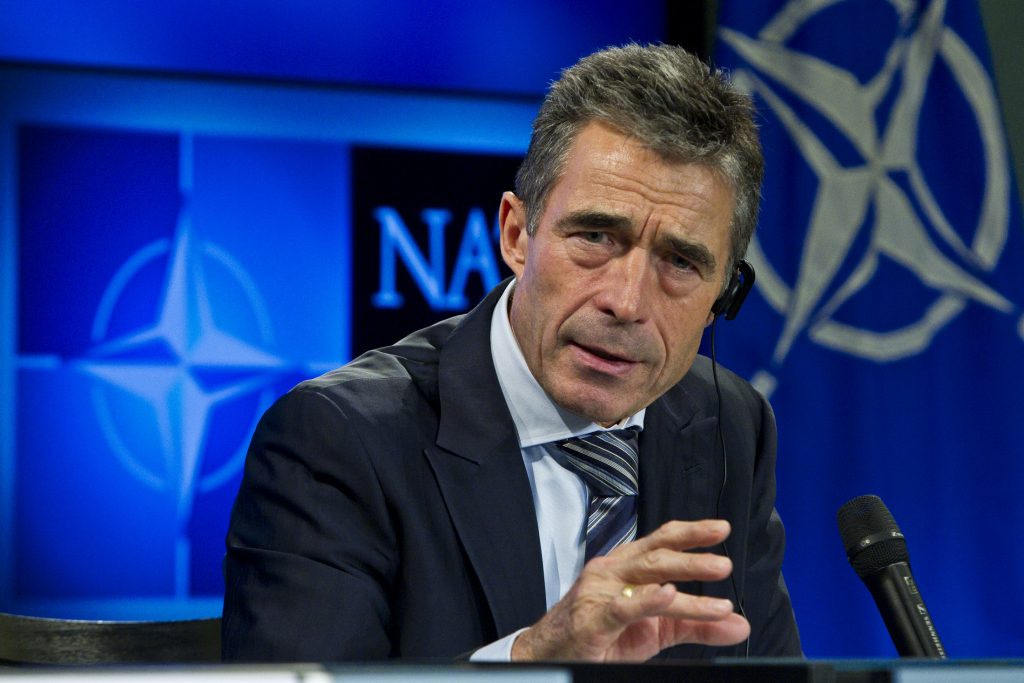 (NTV Turkey) Q:  Yes, Secretary General, two questions if I may.  My first question is with regard to Syria again.  I know that you made a statement prior to the defence ministers meeting saying that NATO is ready for all kinds of situation with regard… and is ready to give support.  I was wondering whether there is an update at a technical level or military level in any contingency plan or scenario and whether the radar system that is in Turkey with regard with missile defence system would eventually work with any threat coming from Syria as well.

And my second question is with the regard to Afghanistan.  After 2014 NATO Allies are planning to train and to continue the training mission on the spot.  And I was wondering how… what kind of forces could be deployed in order to protect those who will train the Afghans because you put light forces, they will always be… they could always be under attack?  And if you put… you need to protect them, and if you put heavy forces, then there will be a different footprint? Thank you.

Anders Fogh Rasmussen:  As regards your first question, as you know, as a matter of principle, we’ll never comment on contingency planning and updates of contingency plans.  But I think you would be surprised if a defence alliance like NATO didn’t have all plans in place to protect and defend any Ally including of course Turkey.  And this is the reason why I have stated publicly on several occasions that of course we stand ready to protect and defend Turkey if so needed. But obviously we don’t comment on details in our contingency planning.

We have not yet decided exactly how.  We are in the very early phases of our planning.  We took the first step at a political level, when defence ministers met in October.  We will take the next step when they meet in February.  And I would expect final preparation to be completed by mid-2013. So at this date, we have not made detailed decisions as regards how to protect our trainers and instructors effectively.  But it goes without saying… it goes without saying that we will provide the necessary protection of our trainers and instructors. (photo: NATO)