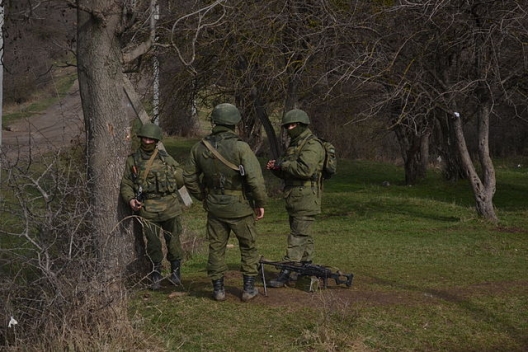 NATO has observed a significant withdrawal of Russian forces from inside Ukraine, but many Russian troops remain stationed nearby, an alliance military spokesman said on Wednesday.

“There has been a significant pullback of Russian conventional forces from inside Ukraine, but many thousands are still deployed in the vicinity of the border,” Lieutenant-Colonel Jay Janzen said in an e-mailed response to a request from Reuters for comment.

“Some Russian troops remain inside Ukraine. It is difficult to determine the number, as pro-Russian separatists control several border crossings and troops are routinely moving back and forth across the border. Further, Russian special forces are operating in Ukraine, and they are difficult to detect,” he said.