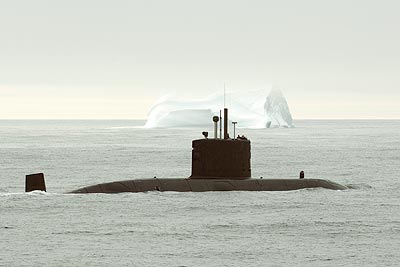 From the Voice of Russsia:  NATO forces prepare themselves for Cold Response 2012 – military games, up to 16 thousand people as well as fighting ships and aviation from Great Britain, Denmark, Canada, Netherlands, Norway, France, Sweden and the USA are to take part. NATO countries and neutral Sweden cooperate in the Polar region in the light of Russia’s increasing activities.

The format of NATO-Sweden exercises proves once more that the Arctic is perhaps the only region, where the political alignment hasn’t changed since the Cold War, i.e. Russia is opposing other countries.

NATO war exercises will take place between the 12th and the 21st of March aiming at promoting cooperation between the navy, the air force, special mission units and marines in the Arctic conditions. According to the official reports the focus is on practicing actions combining diplomatic overtures with military response at high risk of a conflict. Another aim of the exercises is to establish military cooperation between different countries. The exercises have been prepared for many months. A helicopter carrier Illustrious of the British Navy left Portsmouth last week taking course towards the area of the exercises. It carries a company of the 42 Commando Royal Marines, naval helicopters Sea King and Lynx, and military helicopters Apache. NATO’s activities will not be limited to the exercises in the Norwegian waters. Arctic manoeuvres Arctic Ram will take place in the Canadian Arctic from February 14th to the 26th even before Cold Response 2012 starts. According to the Canadian Ministry of Defense the purpose of the exercises is to adapt the military personnel to handling operations in the North, as well as to test the capabilities of the 1st Canadian Mechanized Brigade to operate in winter conditions. . . .

[O]ne shouldn’t rule out the possibility of collision of Russia and NATO’s interests in the Arctic, as many territorial problems still remain unsolved and the military significance of the region is inestimable. Russia needs increasing military presence in the Arctic – on the one hand, to be capable of military response to any violation of its interests, on the other hand, to have a great range of ways to react.  (photo: Master Corporal Blake Rodgers/Canadian Ministry of National Defense)