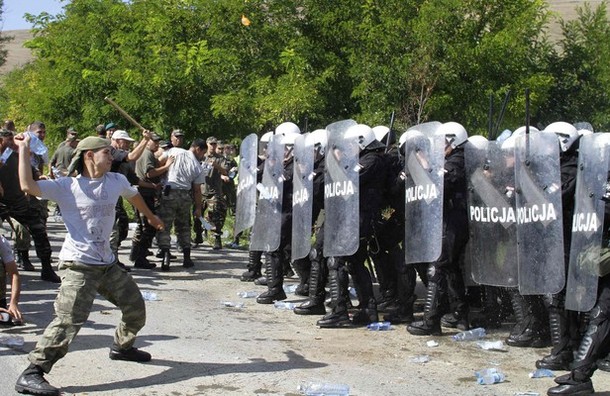 From Reuters:  NATO will reduce its troop numbers in Kosovo to 5,000 in the new few months due to improved security, the alliance head said on Friday.

NATO Secretary-General Anders Fogh Rasmussen announced in September last year that the alliance would cut its Kosovo Security Force, or KFOR, from 15,000 troops to 10,000 troops at the beginning of this year.

"Over the next few months, KFOR will progressively reduce its presence to around 5,000 troops in total," Rasmussen said in a statement. …

Kosovo declared independence in February 2008 but ethnic strife, particularly in its Serb-dominated north, has persisted. Three international peacekeepers and six locals were wounded when ethnic Serbs and Albanians clashed in Kosovo’s divided town of Mitrovica in September.  (photo: Reuters)