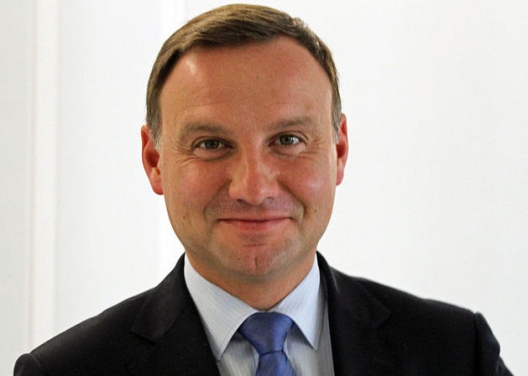 Polish president Andrzej Duda has criticised Nato for treating Poland like a “buffer zone” rather than a fully fledged member facing a resurgent Russia and urged the alliance to place permanent bases in the former Soviet bloc country.

In an interview with the Financial Times, Mr Duda, a conservative elected in May, said Nato was failing to implement its stated policies and had not adapted its strategy on its eastern border following Russia’s “imperialist actions” in Ukraine and Georgia.

“We do not want to be the buffer zone. We want to be the real eastern flank of the alliance,” said Mr Duda. “Today, when we look at the dispersion of bases . . . then the borderline is Germany.”

“Nato has not yet taken note of the shift . . .  of Poland from the east to the west,” he added. “Nato is supposed to be here to protect the alliance . . .  If Poland and other central European countries constitute the real flank of Nato, then it seems natural to me, a logical conclusion, that bases should be placed in those countries.”

Warsaw will host the alliance’s biennial summit next year, and Mr Duda has said discussions over permanent bases in eastern Europe would be a central issue, despite German concerns that such a move would provoke Moscow.

Until last year, Nato had only one small military base east of the former Iron Curtain, at Szczecin in Poland. There are plans to double it in size and create a network of “force integration units” across eastern Europe. But there are still no Nato fighting troops deployed east of Germany.