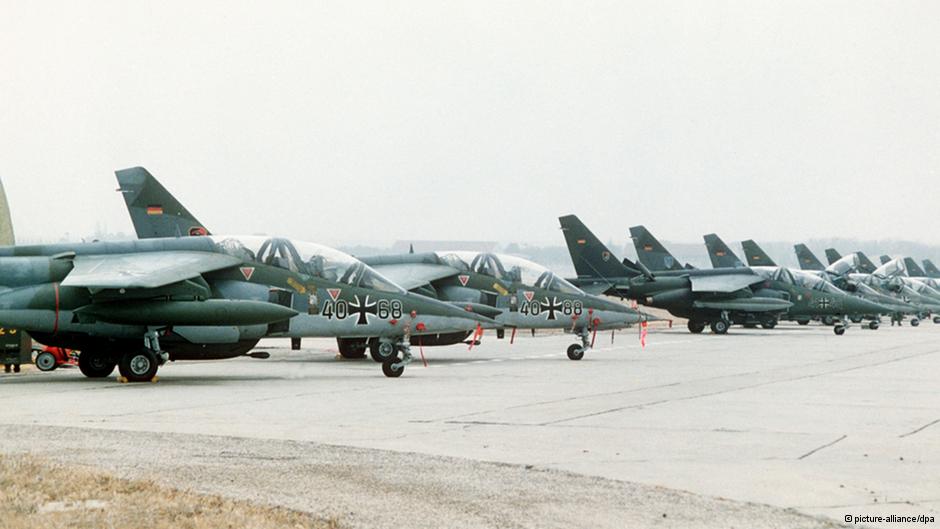 From Deutsche Welle:  As defense budgets are slashed in dire financial times, governments increasingly rely on alliances and cooperation with their partners. . . .

But there are some positive examples for "smart" cooperation. The Dutch army has suspended its combat tanks, and trains its personnel in Germany instead. Balkan states use international structures to secure their airspace. Airplanes under German Navy command are being pooled (Maritime Patrol Aircraft), and European strategic air transport is organized via the European Air Transport Command (EATC). During the Mali mission, EATC for instance refueled French Air Force jets.

Management structures are also targeted to become more efficient: National headquarters should serve partners as well. Germany’s Joint Headquarter in Ulm contributes significantly to the alliance’s needs, said Angerer. If needed, EU and NATO forces can use the facilities as well. . . .

What used to be autonomous military forces are now interlocked systems. No NATO country can currently carry out military operations without asking partners for help.

"The time for unilateralist approaches is over," [German Institute for International and Security Affairs (SWP) security expert Christian] Mölling said. Instead, the alliance has entered a new phase of integration. Recent operations in Libya and Mali showed how much even France and the UK depend on their partners now.

But if one country pushes for a military intervention, it means the others are in as well. That’s something that constantly leads to confusion in Germany, Mölling said.

"Such an alliance is also a system of intervention," he said. "And huge parts of the [German] public have a problem with that."  (photo: picture-alliance/DPA)