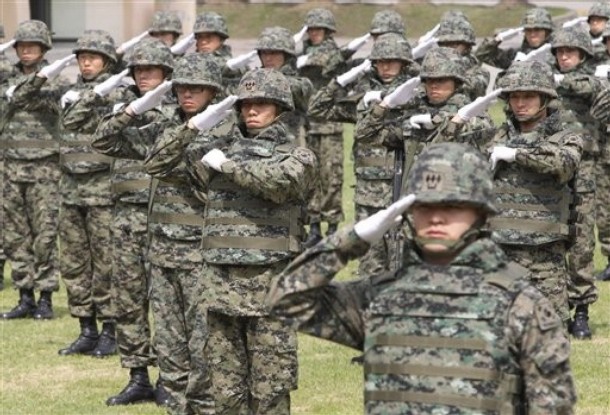 From Yonhap News Agency:  The world’s biggest military alliance, NATO, is looking to increase cooperation with South Korea and other partners beyond Europe and North America to meet global challenges such as proliferation and piracy, a senior NATO official said Tuesday.

"NATO’s intention is not to become a global police. We intend to remain a Euro-Atlantic organization. But it’s at the same time necessary to do cooperation with these (non-member) partners. There’s an ever-increasing web of partnerships and cooperation," he said.

The German diplomat, who had served in missions in Haiti and Britain before being appointed to his current post in March this year, pointed to South Korea’s reconstruction efforts in Afghanistan as an example of cooperation. Seoul has joined NATO-led International Security Assistance Force (ISAF) in the war-ravaged nation.

"We share interest when it comes to sound security policy," Brengelmann said, noting that it was "a happy coincidence" that he was in Seoul only a few days after South Korea launched its Provincial Reconstruction Team (PRT) in Afghanistan.  (photo: AP)