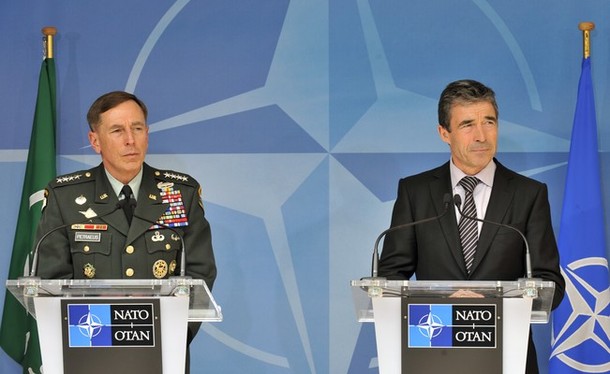 From Anders Fogh Rasmussen, NATO:  I would like to extend my congratulations to General David Petraeus on his nomination as Director of the Central Intelligence Agency. I have enjoyed working with him and would like to thank him for a particularly successful tour of duty in Afghanistan.

ISAF has seen many successes under his command, which is due in no small part to his hard work and dedication.  We will continue our joint efforts to further campaign progress and implement Transition between now and his departure.

I wish him every success in his future role.