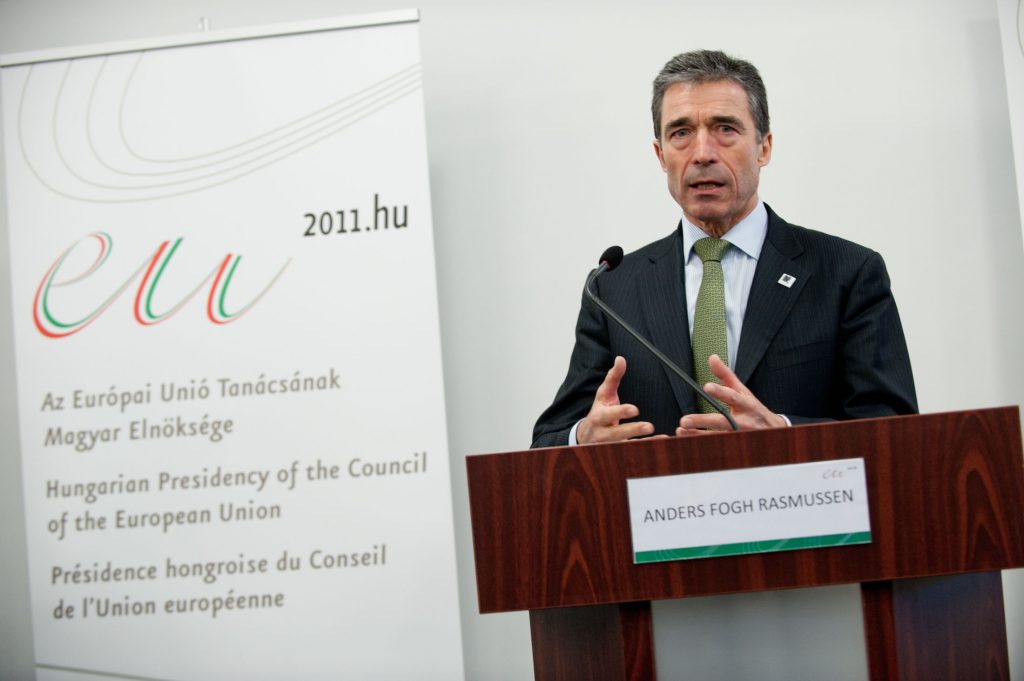 From Slobodan Lekic, the AP:  NATO will not intervene in the Libyan crisis, but will continue to monitor the situation closely, its top decision-making body said after an emergency meeting Friday.

The North Atlantic Council said in a statement that it will continue to monitor the situation "in coordination with other international organizations, and "continue to consult in order to be prepared for any eventuality. …"

There was no mention in the statement of plans to deploy ships and surveillance aircraft to the Mediterranean to assist the thousands of foreign citizens fleeing the North African country. There also have been isolated calls for NATO ground forces to help evacuate foreigners stranded by the fighting.

The North Atlantic Council met this afternoon to discuss the serious situation in Libya, which affects the safety and security of thousands of citizens, including from NATO countries.

The North Atlantic Council will continue to monitor the situation closely in coordination with the other international organisations, and will continue to consult in order to be prepared for any eventuality.  (photo: NATO)