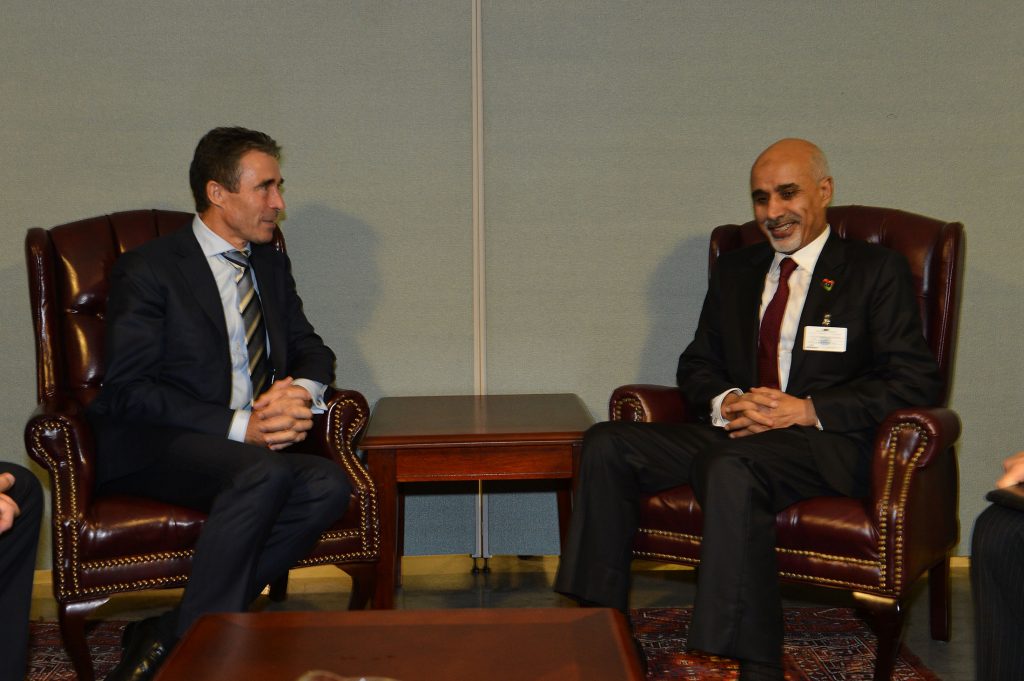 From David Brunnstrom, Reuters: The head of NATO expressed concern on Thursday about armed groups operating outside government control in Libya and said he was encouraging Tripoli to accept an offer of help to reform its security sector.

NATO Secretary-General Anders Fogh Rasmussen made the offer to Libyan leader Mohammed Magarief after this month’s attack on the U.S. consulate in the eastern Libyan city of Benghazi, which killed the U.S. ambassador and three other Americans. . . .

He said he had offered NATO help to improve security in Libya in a meeting with Magarief at the United Nations.

"If the new Libya authorities so wish, NATO stands ready to help them in reforming their defense and security sector. We take that very seriously."

Rasmussen said he was encouraged that the new Libyan government had taken "a number of steps to put these individual groups under control with the aim of creating a strong unified security structure."  (photo: NATO)