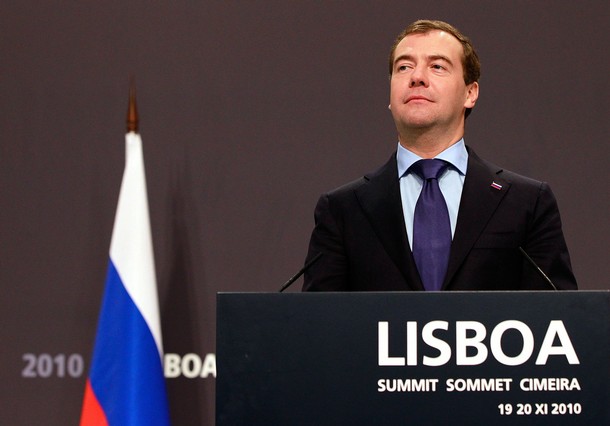 From Podolskaya Nadezhda, the Voice of Russia:  The NATO-Russia differences on a European missile shield are essentially as follows:

First, NATO says the ultimate control of the proposed system must be its, while Russia insists it must be shared;

And third, Russia strongly disagrees with NATO that the main missile threat to Europe comes from Iran. …

The whole raft of them is coming under discussion at a meeting of Russian and American experts in Brussels on Thursday.  (photo: Getty)