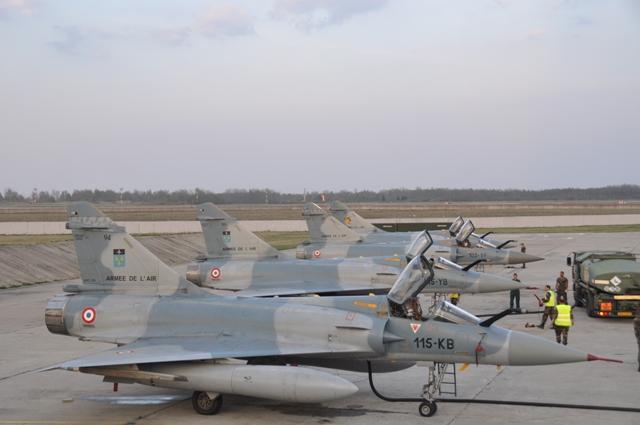 From Ott Tammik, Estonian Public Broadcasting: NATO has decided to make permanent its Baltic air policing mission, in which larger member states patrol the region with their fighter jets on a rota basis.

Media reported earlier today that the air policing mission was extended to 2018, but upon inquiry, the Defense Ministry said the new agreement is “essentially permanent.”

Defense Minister Mart Laar called the development a major step that means that Estonia does not have to worry about having to acquire its own fighter aircraft – an expensive and complicated endeavor. "Instead we can concentrate on developing essential initial defense capabilities that are more suited for Estonia’s capacity. For the people of Estonia, this is a clear sign that NATO exists,” said Laar.

Defense Ministry officials find it hard to overstate the importance of NATO’s decision on Wednesday to make the Baltic air policing mission permanent.

"I don’t think it is an exaggeration to call this the biggest international victory [for Estonia] in recent years,” said the ministry’s secretary general, Mikk Marran. . . .

"After several years of consultations the allies found that the existing solution is the most reasonable, and there is no point in coming together every four years and making the same decision," Marran told ETV. “The decision is the outcome of several years of intense work by Estonian politicians, officials, diplomats and military leaders."   (photo: ADC Eric Sarda/French Air Force)  (via @edwardlucas)