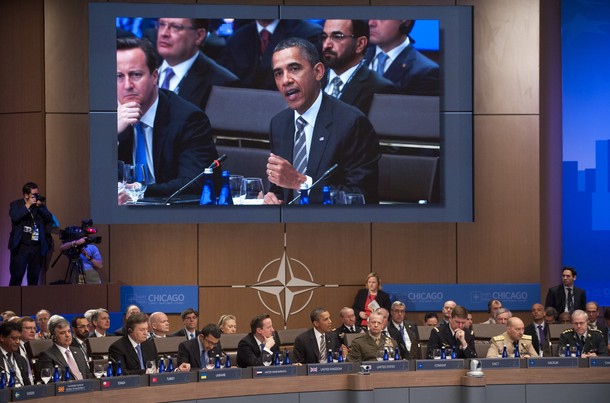 From Joshua Foust, the New Atlanticist:  I had the privilege of attending the Young Atlanticist Summit, sponsored by the Atlantic Council, during the NATO Summit last week in Chicago. It was a fascinating experience, getting to hear NATO officials discuss their plans with an oftentimes skeptical crowd. NATO tried to sell the summit as a watershed moment for the alliance – announcing new milestones in missile defense, “Smart” defense and the war in Afghanistan. But the impression it made was quite the opposite: the alliance appeared to be in strategic drift, unsure of how to proceed with dramatically curtailed resources.

Probably the biggest accomplishment NATO announced at the summit was the “interim operational capability” of its fledgling ballistic missile defense system. In English, it means that NATO now has the capacity to defend itself from a missile attack.

That poses a serious challenge for NATO’s missile defense plans. The idea behind the system is to secure Europe from attack by Iran or some other hostile power. It’s not meant to pose a strategic threat to Russia – that is, it’s not designed to counter Russia’s nuclear arsenal. Moscow, however, has never believed that, and has responded to NATO’s expansion of its missile defense capabilities by packing Kaliningrad, a tiny sliver of land it owns nestled between Poland and Lithuania, with its own battery of missiles to threaten this new system. . . .

NATO seems adrift. Its budgets are shrinking – even the U.S. is facing steep defense cuts over the next few years. But NATO’s ambitions are bigger than ever, with new forms of collaborating, a thirst for more “cheap” interventions outside of Europe, and grand ideas of building a missile shield. The lofty goals on display in Chicago are bound to come crashing into the reality of a greatly reduced budget sooner or later. The big question after the summit is: how long can NATO’s self-delusions last?

Joshua Foust is a fellow at the American Security Project and the author of Afghanistan Journal: Selections from Registan.net. He is a member of the Atlantic Council’s Young Atlanticist Working Group, and used to work as a civilian cultural advisor for the US Army. This blog originally appeared in PBS Need to Know.  Photo Credit: Getty Images