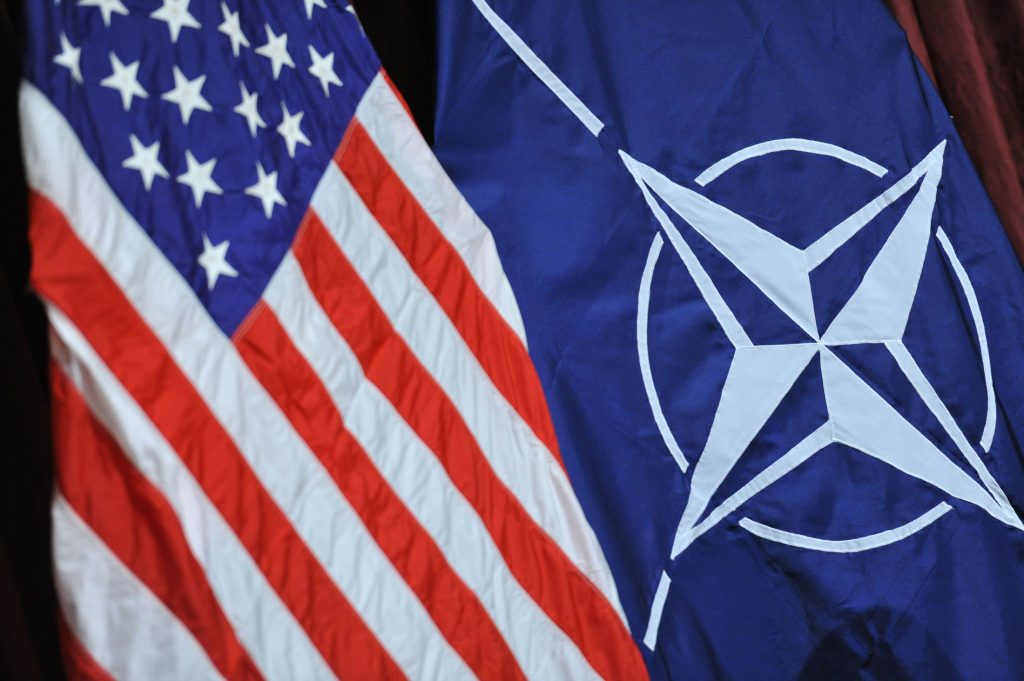 From Robert D. Kaplan, STRATFOR:  [T]he very weakening of the European Union because of its debt woes makes NATO more crucial than at any time since the Berlin Wall fell — crucial as a political stabilizing agent within Europe itself. Especially for Eastern Europe, NATO serves as a seal of approval for these former communist states struggling to obtain foreign investment and thus prevents Russia from undermining them. Geography still rules. Russia, because of its own history of invasion from Europe, still requires a row of friendly buffer states in Eastern Europe. Therefore, Russia will do everything it can to undermine states from Poland southward to Bulgaria. NATO is a political, diplomatic and military mechanism directed against that Russian design. Moreover, the more that Europe reels from its debt crisis, the greater the possibility of geopolitical inroads made by Russia, and thus the more relevant NATO becomes.

NATO is also relevant concerning the future geopolitical direction of Germany. As long as NATO exists and Germany is a member, playing a substantial political if not military role, then the chances of Germany pivoting toward an alliance with Russia in future years is lessened.

Analytically, it is a mistake to assume that just because a political-military organization is less useful now than it was a quarter-century ago it is useless altogether. NATO has a bureaucracy, protocols, interoperability between member militaries and all manner of standard operating procedures honed over decades that would simply be irresponsible to get rid of. NATO can act fluently in humanitarian emergencies with which European publics are comfortable and thus somewhat reduce the burden on the United States. NATO, like the United Nations on occasion, still provides diplomatic cover of varying degrees for American actions. NATO is American hegemony on the cheap. Imagine how much less of a fiasco the Iraq War would have been were it a full-fledged NATO operation, rather than a largely unilateral one. Without organizations like NATO and the United Nations, American power is more lonely in an anarchic world.

Aside from the mundane security details provided by some NATO countries in Afghanistan, NATO is not going to get much better at fighting hot wars because Western European publics are not willing to pay the budgetary price that hot wars entail. In any case, land engagements are especially problematic for militaries in pacifist-trending societies. NATO might be ideally suited for air and naval rescue missions in Africa and points beyond. But NATO will be kept alive so that it can continue to serve as a vehicle for European political coherence. The "smart defense" initiative is a case in point, whereby individual countries will increasingly coordinate their weapons acquisition policies. For example, the Dutch are disbanding their tank battalions and putting trust in German units and others to defend Dutch territory. With the savings, the Dutch are investing in ballistic missile defense radars for their frigates, a capability that will benefit all alliance members.

Those who casually belittle NATO assume that Europe will face no geopolitical nightmares in its future. But that assumption might be wrong. Just look at these revitalized military configurations: a Nordic Battlegroup to include the Baltic and Scandinavian states as well as Ireland; and the Visegrad Group to include Poland, Hungary, the Czech Republic and Slovakia. These might on some future morrow partially replace NATO; but they might continue to fall under the NATO umbrella. And they are all responses to a militarily powerful Russia lying to the east.

A more dynamic Russia, a more chaotic North Africa and continued unrest and underdevelopment in the Balkans might all pose challenges to Europe. If they do, NATO will provide a handy confidence-building mechanism. The United States needs NATO to help organize European defense, precisely so that Washington can focus on the Middle East and Asia. NATO is not great, but for the time being it is good enough.  (photo: Julia Shea)