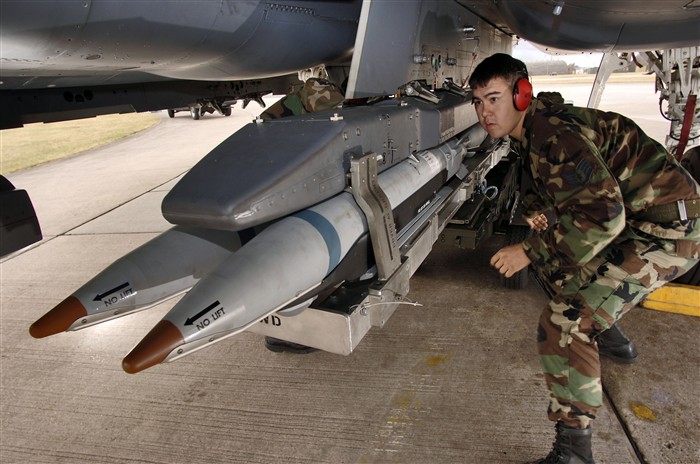 From Julian Hale, Defense News:  Asked about the lessons from Libya and specific Smart Defense-type projects, Ernest Herold, deputy assistant secretary general for Defence Investment at NATO, noted that some countries had run out of bombs and were offered bombs by other nations only to find out that the racks under their aircraft wings were different.

“We’re looking into a project for a universal adapter for bombs,” he said. . . .

Regarding the mismatch with bomb racks on the planes, Philippe Rutz, the pooling and sharing officer at the European Defence Agency, said the racks were not the only issue.

Ammunition is standardized via NATO Standardization agreements for procedures and systems and equipment components (STANAGS), he said, but implementation is a matter of national sovereignty.

“All the member states are implementing STANAGS in a different way so they are unable to share ammunition sometimes to the point of not being able to transport or stock ammunition,” he said.  (photo: EUCOM)