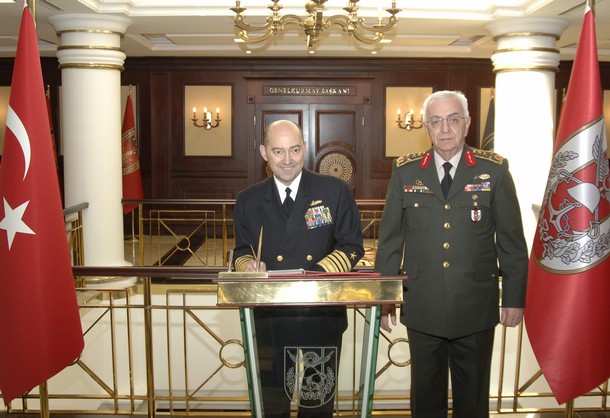 From the AP:  NATO’s top military commander, U.S. Adm. James Stavridis, on Thursday met Turkish military leaders in Ankara, which has been seen as holding up agreement on a NATO command structure for a no-fly zone over Libya.

Turkey’s Foreign Minister Ahmet Davutoglu has warned that the rules of engagement in Libya must be restricted to protecting civilians, enforcing the arms embargo and no-fly zone, and the provision of humanitarian aid. This would exclude any further air strikes against Libyan leader Moammar Gadhafi’s ground forces. …