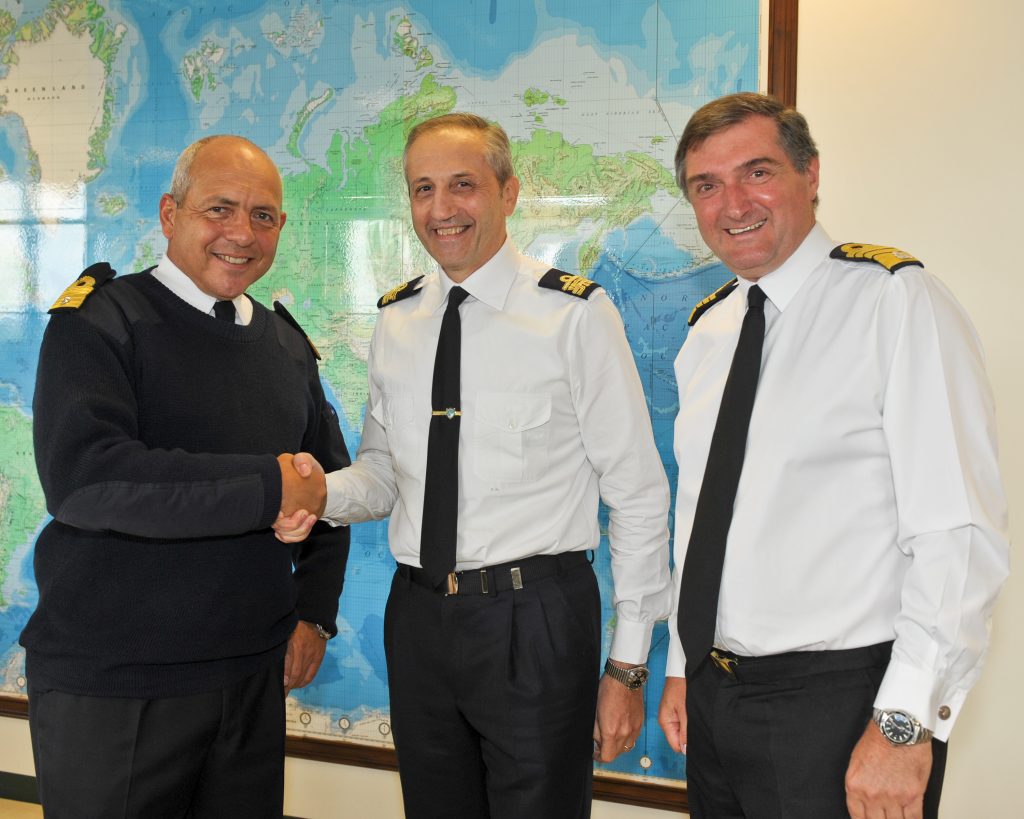 Looking back at his two terms of Ocean Shield Commodore Hijmans said: "It has been a satisfying and challenging period and I feel privileged and honoured to have commanded the forces in NATO’s counter piracy operation. The excellent cooperation between all task forces has been vital and proved very successful. During the last few months NATO was able to disrupt numerous mother ships and pirate groups, significantly decreasing the number of successful attacks on merchant vessels. As Rear Admiral Mattesi takes over I know he will continue this determination to fight piracy to the full extent of our mandate.”

Cdre Hijmans and Rear Admiral Mattesi had the opportunity to meet earlier this month at NATO’s Northwood HQ in the operational heart of NATO’s counter piracy operation and discuss the current counter piracy situation which both Commanders found useful.

As the handover was completed, Rear Admiral Mattesi stated "I sincerely want to thank Commodore Hijmans and his staff for all their hard work. They have shown creativity and perseverance in their approach to counter piracy and with great success. NATO has proven to be very willing and able to act against pirate activity. Due to the smooth handover we are all ready to continue the important task as NATO’s counter piracy Task Force. I wish Commodore Hijmans and his staff a safe trip back to their loved ones and a well deserved rest.”  (photo: Allied Command Operations)