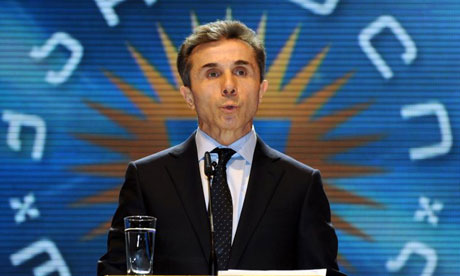 He said after the meeting that agenda of Georgia-NATO relations were discussed “in details” and added that the NATO representative “assured us that we have a good chance of joining NATO.”

“Problems and questions mainly are related to democratic institutions, which are not on a level on which they should be. In this respect I have explained that in the nearest future, very soon, we will manage to bring a genuine breakthrough in addressing issues of human rights, judiciary,” Ivanishvili said after the meeting.

“NATO is a political-military structure and only military training is not enough; we have also discussed this issue and we will address problems remaining in this area and we will make progress [in this area] too,” he said.

“I think that we will really manage – not superficially like our authorities have been talking about –to quickly become NATO-member country,” Ivanishvili added.  (photo: Vano Shlamov/AFP)