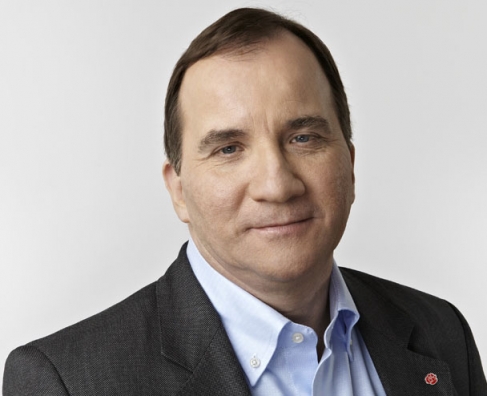 The Government is entering office at a time of great uncertainty. Major conflicts are ongoing in Ukraine, Iraq, Syria and elsewhere.

Sweden must be a strong voice in the world for freedom, peace, human rights and solidarity. We must participate actively in international cooperation, to ensure that both the UN and the EU shoulder greater responsibility for resolving these conflicts and providing help to victims.

Russia’s annexation of Crimea is a breach of international law. Russia’s destabilisation of Ukraine must cease.

Developments in our eastern neighbourhood will be one of our greatest challenges. Sweden must work to ensure that the EU assumes greater responsibility for security and development, both globally and in the EU’s neighbourhood.

Sweden’s voice must always be clear and unambiguous when human dignity is violated. Human rights, international law, international disarmament and work to combat terrorism and weapons of mass destruction must be cornerstones of Swedish foreign policy. Consequently, we want to see a strong and reformed UN, with active pursuit of Sweden’s candidacy to the UN Security Council.

The war in Syria and the terror of Islamic State are clear threats to international security. Ethnic cleansing must be stopped. The Iraqi Government and the Kurdish Regional Government are in acute need of humanitarian assistance to manage the situation. The Government supports the United Nations’ battle against Islamic State.

The conflict between Israel and Palestine can only be resolved through a two‐state solution, negotiated in accordance with the principles of international law. It must guarantee the legitimate demands of both the Palestinians and the Israelis for national self‐determination and security. A two-state solution requires mutual recognition and a will to coexist peacefully. Therefore, Sweden will recognise the State of Palestine.

Alongside the peace operations in Mali and off the coast of Somalia, the Government intends to return to the Riksdag during the autumn with proposals on continuing the transition to support operations in Afghanistan. Assistance to Afghanistan must be robust and long‐term.

To strengthen our security and improve our environmental protection, our neighbouring regions of the Arctic, Kattegat, Skagerrak and the Baltic Sea must be protected. The Government will take initiatives for a more active policy in our neighbourhood.

Swedish non‐participation in military alliances continues to serve our country well. It creates a solid foundation for active accountability for both our own security and the security of others. Sweden will not apply for membership of NATO.

A modern Swedish security policy will instead be built upon increased cooperation in the Nordic region, the Baltic Sea region, the EU and the UN. Sweden will not remain passive if an EU country or Nordic country suffers a disaster or an attack, and we expect these countries to act in the same way if Sweden is similarly affected. Our country must be in a position to both give and receive support, civilian as well as military.

Swedish defence and public support for it must be strengthened. The Government wants to strengthen Nordic defence cooperation – not least Swedish‐Finnish cooperation. Broad cooperation in the Riksdag on defence issues is crucial for our country. The proposals of the Defence Commission must be implemented.

Excerpt from Statement of Government Policy by Prime Minister Stefan Löfven to the Swedish Riksdag, October 3, 2014.