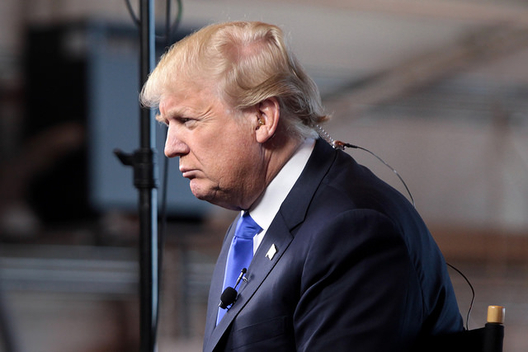 STAHL:  You have also slapped some tariffs on our allies.

TRUMP:  I mean, what’s an ally? We have wonderful relationships with a lot of people. But nobody treats us much worse than the European Union. The European Union was formed in order to take advantage of us on trade. And that’s what they’ve done.

STAHL:  This is hostile.

TRUMP:  It’s not hostile…. You know what’s hostile, the way they treat us. We’re not hostile. We’ve been, we’ve been the stupid country for so many years….

TRUMP:  I like NATO. NATO’s fine. But you know what, we shouldn’t be paying almost the entire cost of NATO to protect Europe. And then on top of that, they take advantage of us on trade. I’m not going to do it anymore. They understand that….

STAHL:  Are you willing to disrupt the Western alliance its been going for 70 years, its kept the peace for 70 years?

TRUmP:  You don’t know that.

TRUMP:  No it’s not true. Frankly, I like General Mattis. I know more about it than he does. And I know more about it from the standpoint of fairness. That I can tell you…. I will always be there with NATO, but they have to pay their way. I’m fully in favor of NATO but I don’t want to be taken advantage of.