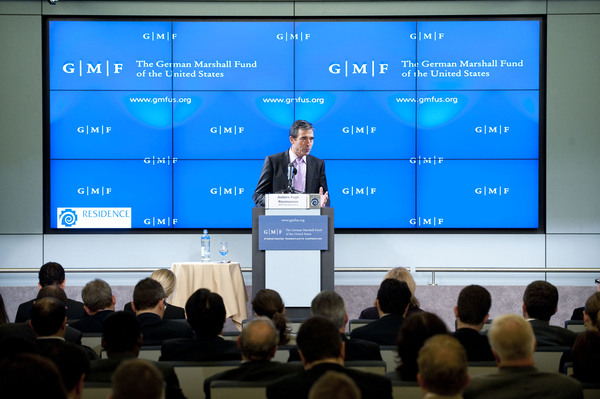 From Anders Fogh Rasmussen, NATO:  The threat from international terrorism is clear. Last week, intelligence chiefs from major countries in Europe sounded the alarm about the risk of a large-scale terrorist attack. Not September 11 2001; but last week.

Over 30 countries are now acquiring ballistic missile technology. Some can already hit Europe. Again, that’s today. And that problem will only get worse.

Cyber attacks can take down a country’s air traffic control system, shut down the banks, paralyze government services and cripple an economy. In other words, they can reach a level that threatens the fundamental security interests of Allies. If anyone doubts that, they can ask the Estonians, who suffered just that kind of attack a couple of years ago.

Globalisation has made our economies ever-more dependent on supplies from around the world. Which means attack on those supply lines can have dramatic effects for our security – for example, if oil supplies couldn’t make it through the Straights of Hormuz.

I could go on, but you get the point. There are fewer military threats to our territory, but more challenges to our security, from every direction, including cyberspace. Which is why NATO has to continue to transform to remain effective.