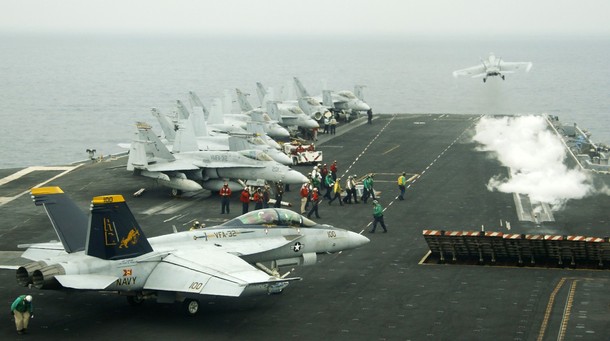 From Philip Ewing, Morning Defense:  A Libya no-fly zone could cost billions, according to a new study out today by the Center for Strategic and Budgetary Assessments. Analysts Todd Harrison and Zack Cooper considered three scenarios, including “full,” “limited,” and “standoff” no-fly zones, and crunched the numbers based on the costs of past such operations. For the first two assessments, Harrison and Cooper assumed U.S. and international commanders would launch at least partial upfront attacks to disable Libya’s air defenses, and factored those costs separately from the going operational costs.

From NATOSource: The Harrison/Cooper report examines three no-flight zone options for Libya. These estimates are based on comparisons with previous military operations in the Balkans and Iraq.