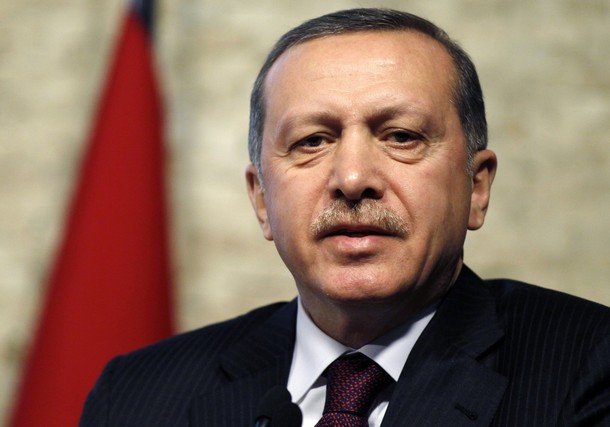 From the Los Angeles Times:  Turkey is jailing nearly twice as many journalists as a year ago, and sentencing them to as long as 166 years behind bars, according to a report from the Organization for Security and Cooperation in Europe. Ninety-five journalists are now imprisoned in Turkey, up from 57 a year ago.

"The laws need to be changed so journalists are not jailed for their work," Dunja Mijatovic, its representative on freedom of the media, said Monday. She called the numbers "worrisome. . . ."

Once jailed, journalists may wait years before their cases go to trial.

"Exceptionally long imprisonment sentences" are common, the report said, including "double life sentences." One Turkish journalist faces 150 court cases. Another could be slapped with a maximum sentence of 3,000 years if convicted.  (photo: Reuters)