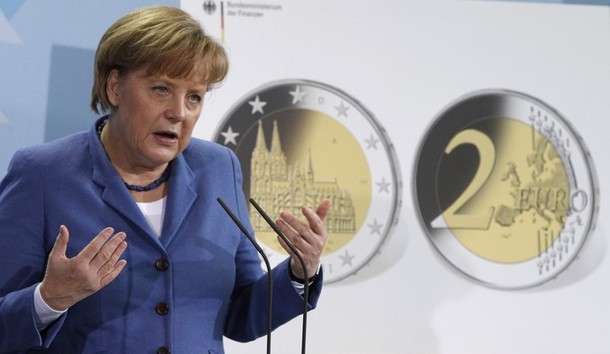 From the Editors, the New York Times:  [German Chancellor Angela] Merkel is finally engaging, but the proposals she, and President Nicolas Sarkozy of France, presented to European Union leaders in Brussels on Friday ask too much and do not offer enough in return.

Mrs. Merkel wants all 17 countries that use the euro to fall in line with German ideas of fiscal austerity in return for limited additional financial support for countries in trouble. She expects them to run deficits no higher than Germany’s (3.5 percent of G.D.P.), allow retirement no earlier than Germany (age 67), and raise or lower their tax rates as required to match Germany’s. In return, Germany would augment a bailout fund now too small to handle all potential crises on the horizon.

Closer fiscal coordination, more discipline and more transparent accounting are essential to preserving the euro. But that should not mean making everyone follow rules made in Germany, for Germany. Some countries need to invest more in education and infrastructure to make their workers more competitive. Some need fiscal stimulus, not immediate austerity, to grow so they can afford to pay down their debt.  (photo: Reuters)