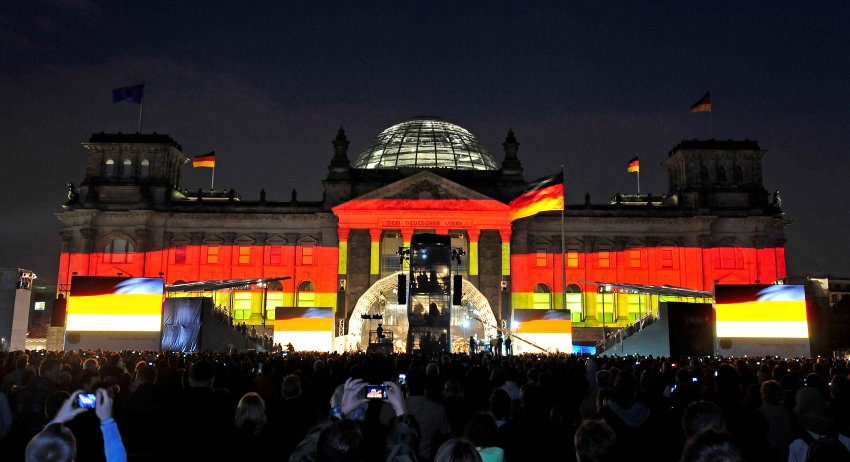 From Barack Obama, the White House:  On Sunday, October 3, the people of the United States join with the people of the Federal Republic of Germany in celebrating the Day of German Unity and the 20th anniversary of the unification of East and West Germany.   This was an historic achievement, as Germans peacefully reunited and advanced our shared vision of a Europe whole and free, anchored in the Euro-Atlantic institutions of NATO and the European Union.  The United States commemorates today that spirit and the many accomplishments of Germany, one of our closest allies and greatest friends.  We pay tribute to the countless contributions Germans have made to our own history and society.  We honor the courage and conviction of the German people that brought down the Berlin Wall, ending decades of painful and artificial separation.  It unleashed a spirit of hope and joy, and opened the door to unprecedented freedom throughout the European continent and around the world.  The American people are proud of our role in defending a free Berlin and in supporting the German people in their quest for human dignity.  We remain proud of our partnership with our German allies to advance freedom, prosperity, and stability around the world.  We congratulate the people of Germany on this National Day, and we express our gratitude for our vital friendship.

Statement by the President on the Occasion of the 20th Anniversary of the Reunification of East and West Germany.  (photo: DAPD)