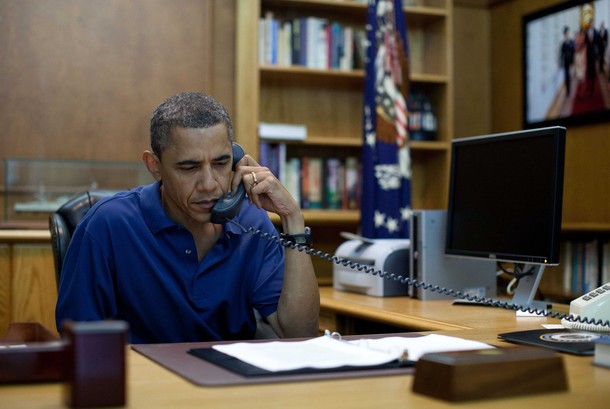 From Lynn Sweet, the Chicago Sun-Times:  Obama said the summit was moved because he wanted to use the Camp David retreat to huddle informally with foreign leaders, and the idea to do so did not occur to anyone until after Chicago was booked.

"I have to say this was an idea that was brought to me after the initial organizing of the NATO summit. Somebody pointed out that I hadn’t had any of my counterparts, who I’ve worked with now for three years, up to Camp David."

"G-8 tends to be a more informal setting in which we talk about a wide range of issues in a — in a pretty intimate way."

Obama added that Camp David will give him a chance "to spend time" with Vladimir Putin, the new Russian president elected Sunday.  (photo: Reuters)