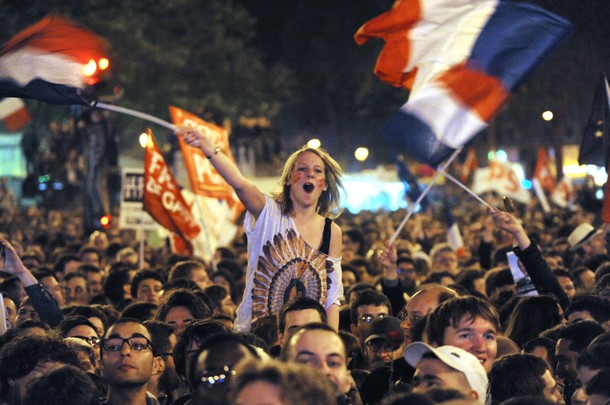 Statement by the Press Secretary on the President’s Call to President-elect Hollande of France, May 6, 2012

From Nicholas Vinocur, Reuters:  The trip to Washington will follow shortly after Hollande’s inauguration and his first trip abroad, to Berlin, where he will meet German Chancellor Angela Merkel.  (photo: Getty)