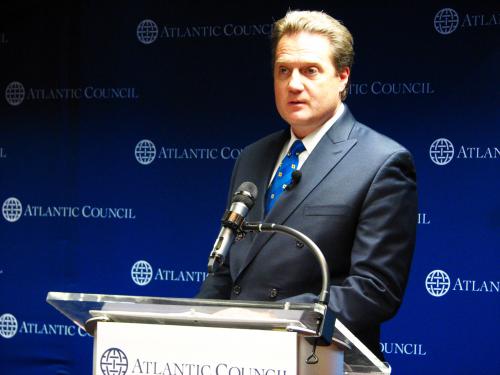 From Jim Wolf, Reuters:  The Obama administration disclosed on Tuesday that it is considering sharing some classified U.S. data as part of an effort to allay Russian concerns about a controversial antimissile shield.

He gave no details on the sort of data that might be shared under such an agreement. . . .

"We’re not the first administration to seek coooperation on missile defense," Roberts, who is responsible for nuclear and missile defense policy, told the subcommittee on strategic forces.

Nor is the administration the first "to believe that cooperation could be well-served by some limited sharing of classified information of a certain kind if the proper rules were in place to do that," he said in reply to questions from Mo Brooks, an Alabama Republican. . . .

"The House Armed Services Committee will vigorously resist such compromise of U.S. missile defense capabilities," he said in a speech last November.

Republicans who control the panel will back legislation that would bar the administration from transferring classified missile defense technology to Russia as part of any negotiations or for any other purpose, a congressional staff member said.